Pint & a Half return to Truth or Consequences Brewing!

“The husband-and-wife duo have quickly gained access to full alt-country credentials”…”Pint and a Half has moved past being the sweet, simple country couple powering out folk songs to being a more serrated and poignant storytelling team.”- No Depression Magazine

Rooted in Salida, CO and Truth or Consequences, NM, and led by songwriter Duke Sheppard (guitar, vocals, harmonica) and Tami Sheppard (vocals, percussion), Pint & a Half’s music rings out with memorable melodies, expansive vocal harmonies and lingering rhythms that celebrate the colorful tradition of folk, blues and country music and expand the group’s larger-than-life sound. Pint & A Half’s sizzling chemistry and talent for personal storytelling simmers during their energetic performances.

Since their 2017 Howlin’ Dog Records release “Boomtown Ghosts”, Pint & a Half have toured the US extensively, and shared the billing with Americana favorites such as Michael Hearne, Shake Russell, The Trishas, Rapidgrass, and others. They’ve also found an enthusiastic audience on streaming services and community radio stations across the country, winning the “Best of 2017” album on the syndicated “Colorado Playlist”, Top Ten albums on KDHX FM St. Louis’ “Backroads”, and People’s Choice in the Southwest Indy Artist Awards, as well as multiple nominations in the 2018 Josie Awards in Nashville, Silver medal in the Global Music Awards contest, and others. 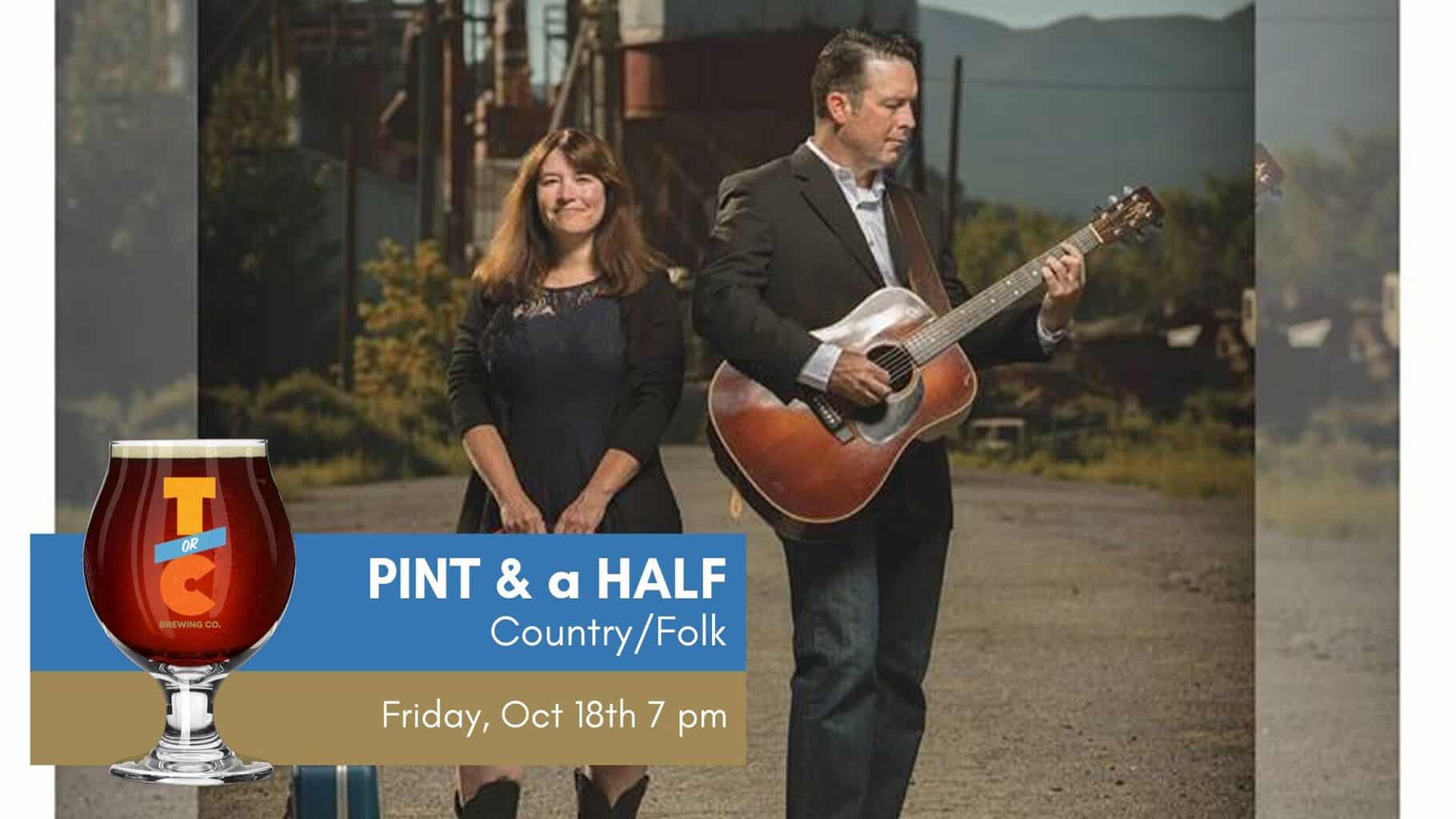