Albuquerque acoustic trio “Holy Water and Whiskey” plays an eclectic selection of traditional, folk, bluegrass, gospel, and cowboy tunes. The group consists of Maggie Washburne on bass, Scott Altenbach on guitar, and Bruce Washburne on guitar and banjo. Audiences say they particularly appreciate the group’s sweet vocal harmonies, their interesting variety of songs, and the human stories that those songs tell.

A fixture on the Albuquerque music scene, since they formed in 2003, Holy Water and Whiskey has performed at over 300 events across the Southwest, including the Albuquerque Folk Festival and the Elation Concert Series in Pagosa, CO, and they opened for Michael Martin Murphy at the Albuquerque Convention Center, and Arlo Gutherie at the Kimo Theater. In 2011 their third CD, “Miner’s, Outlaws, and Other Relatives”, was nominated for five New Mexico Music Awards, and won first place in 2 categories. www.holywaterandwhiskey.com

April of O’Niell’s Pub writes, “Last Friday night Holy Water and Whiskey packed the house again. It seems that everyone loves that group and for good reason. They gave us another night of great songs, flawless harmonies and Bruce’s jokes (where does he get them?) It was a night of music, laughter and even a few tears.”

Says Roger Alink, of Wildlife West Nature Park, in Edgewood, NM, “The music is dance friendly, with a variety of bluegrass, western swing, and great crowd pleasing entertainment. Since this band has performed at the Chuck Wagon shows our attendance has gone up and people are staying longer.”

The Hillsboro Community Center (HCC) is located on Elenora Street, on the south hill overlooking the town of Hillsboro, New Mexico. The HCC schedules a concert monthly, co-sponsored by the Sierra County Arts Council. For more info on upcoming events see www.blackrange.org and www.sierracountyevents.com. 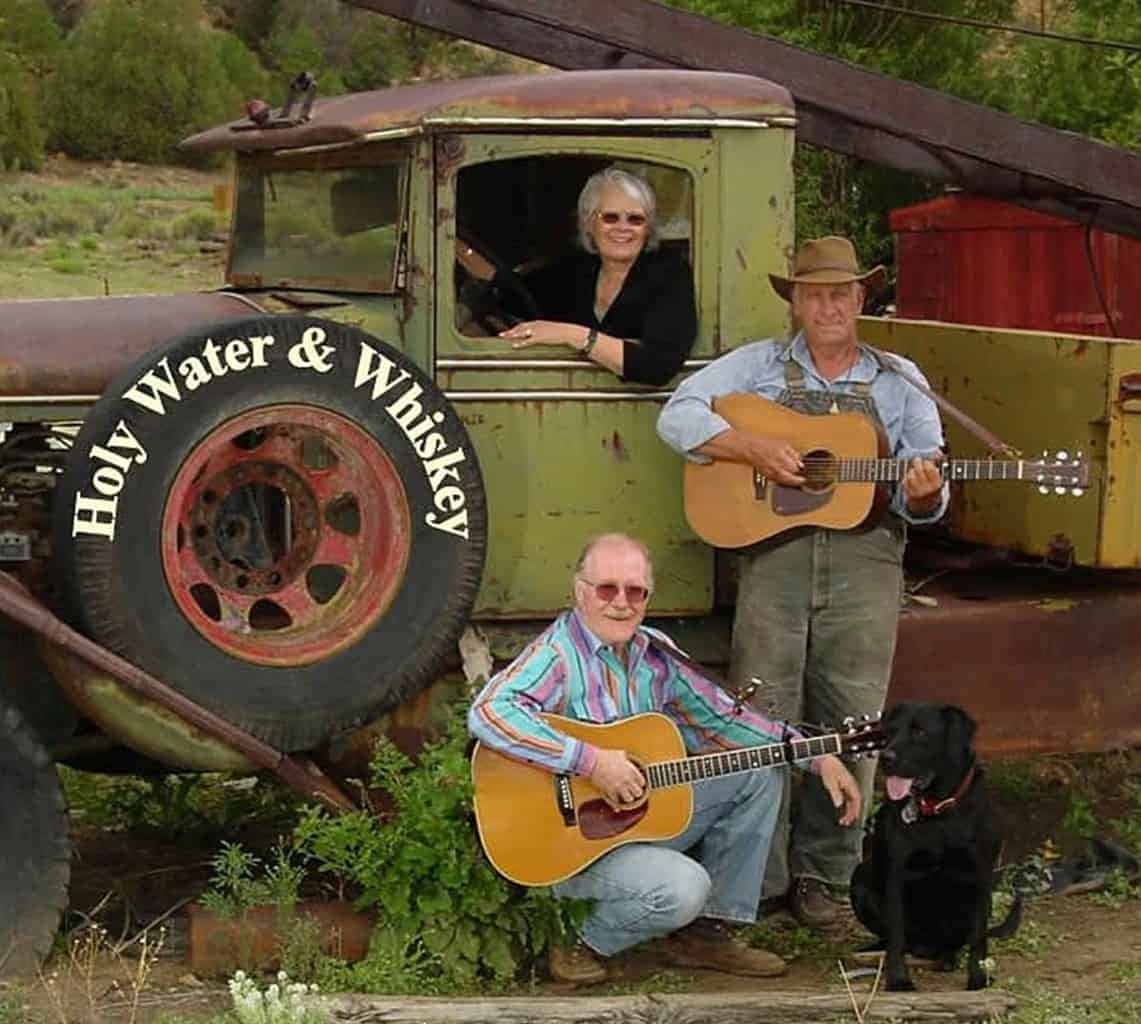